Just over two years ago I lost a good friend, Alain "Boo" Bouillon, to the Chapleau River. 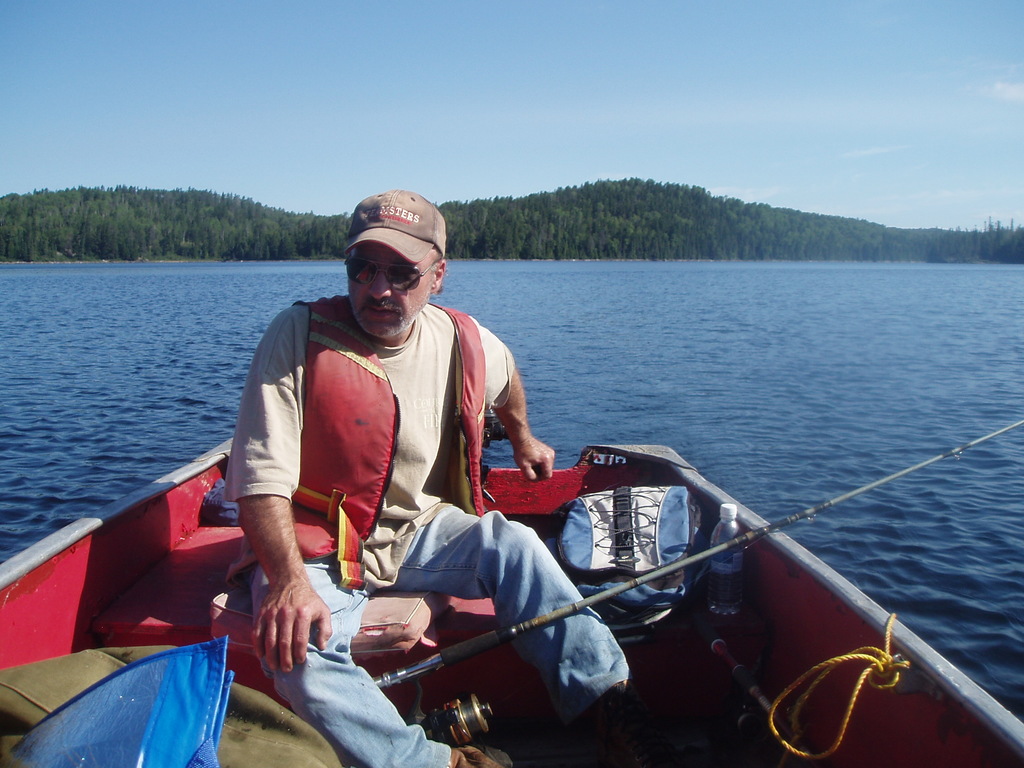 As it turned out, I was scheduled to be in Canada just prior to the anniversary of his passing and had reached out to Alain's brother Eugene to arrange to go fishing while I was up in Chapleau visiting my Mom. We connected over facebook messenger about two months prior and after a bit of back and forth nailed down a date to meet .

The week before the trip up north Eugene notified me that he had reserved a bit of Alain's remains (ashes) and suggested we scatter them at the 18 mile rapids down the Chapleau River (aka the Kebesquashashing). I was honoured to be asked and quickly agreed. It's important to mention here that stretch of the river running into Robinson Lake was special to Alain. Two of his very close friends and fishing buddies Jim "Sammy" St. Amand and Arnie Tangie have also had their remains scattered down the rapids. So it was only fitting that Boo joined them.

I reached out to our good friend Jamie Thibault who runs Kanipahow Camps, a well-known lodge on Mulligan's Bay, to arrange a boat and motor for the day.  Jamie made sure we were set up in fine fashion. He prepped the boat and motor the night before and Eugene and I were at the launch at 0630. 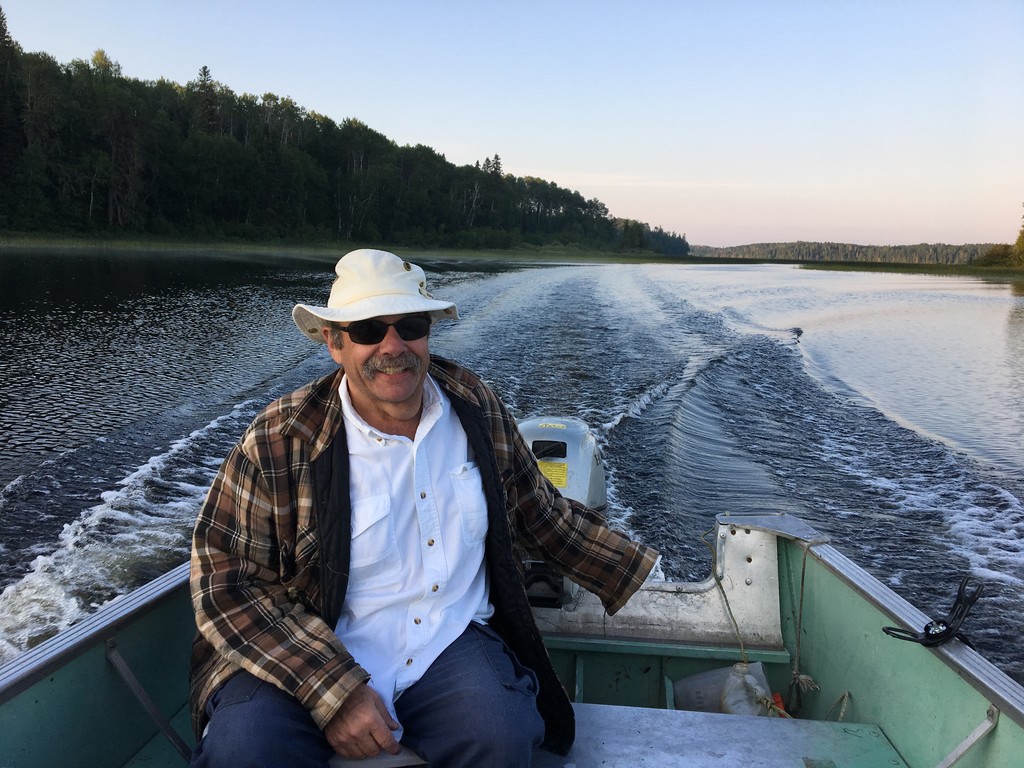 Many of you reading this blog are likely quite familiar with the Kebesquashashing River. For  those of you who aren't I hope these photos convey some of its stoic beauty. Teeming with wildlife and home to some good fishing (if you know where to find them...which Eugene thankfully did on the day) a day down the river is good for the soul and is sure to create some fond and indelible memories. Unsurprisingly, such was also the case on this day. 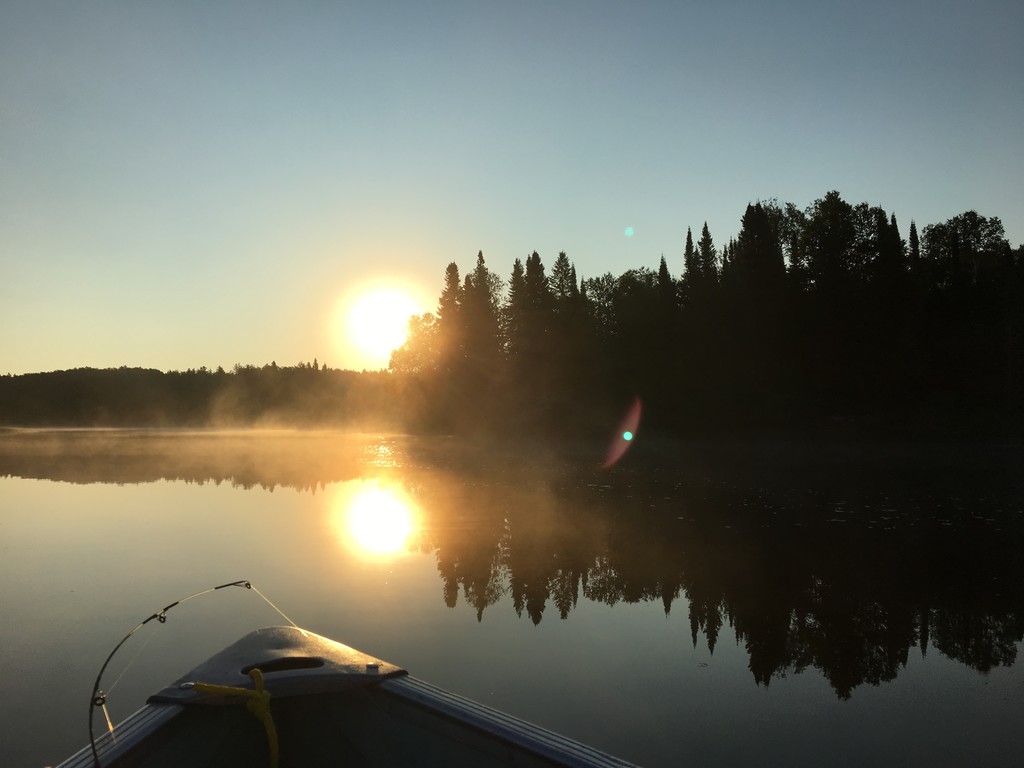 We ventured down to the seven, a small swift appropriately some seven miles from Chapleau, and saw plenty of wildlife along the way...ducks of all sorts, a beaver and a bald eagle. 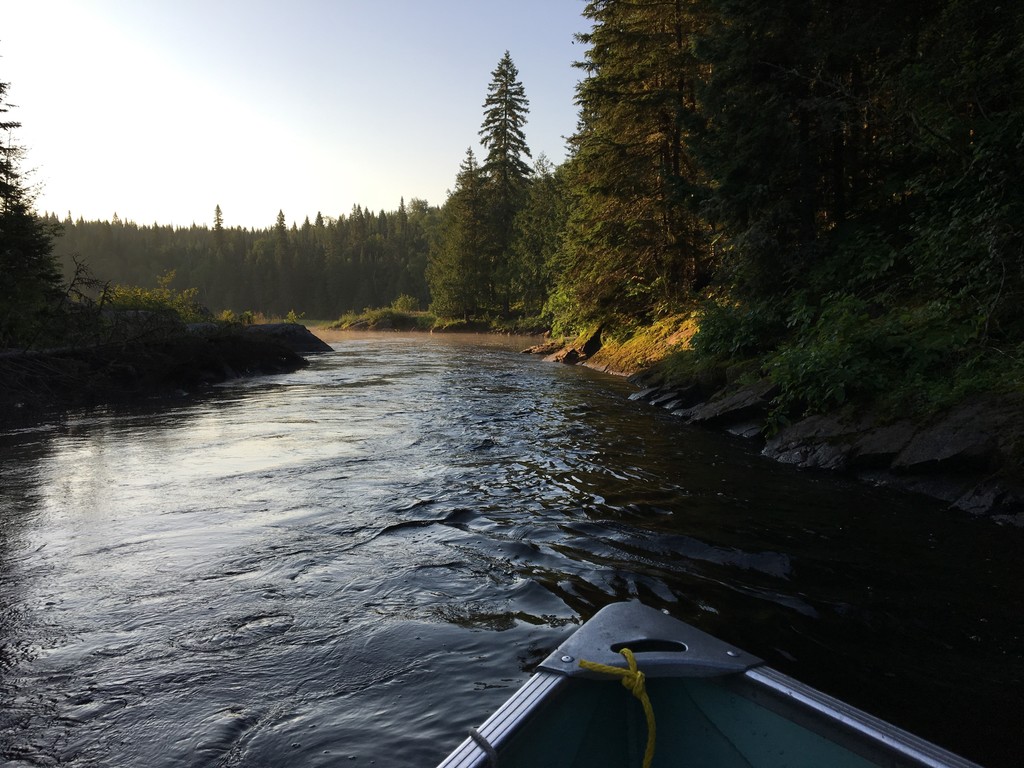 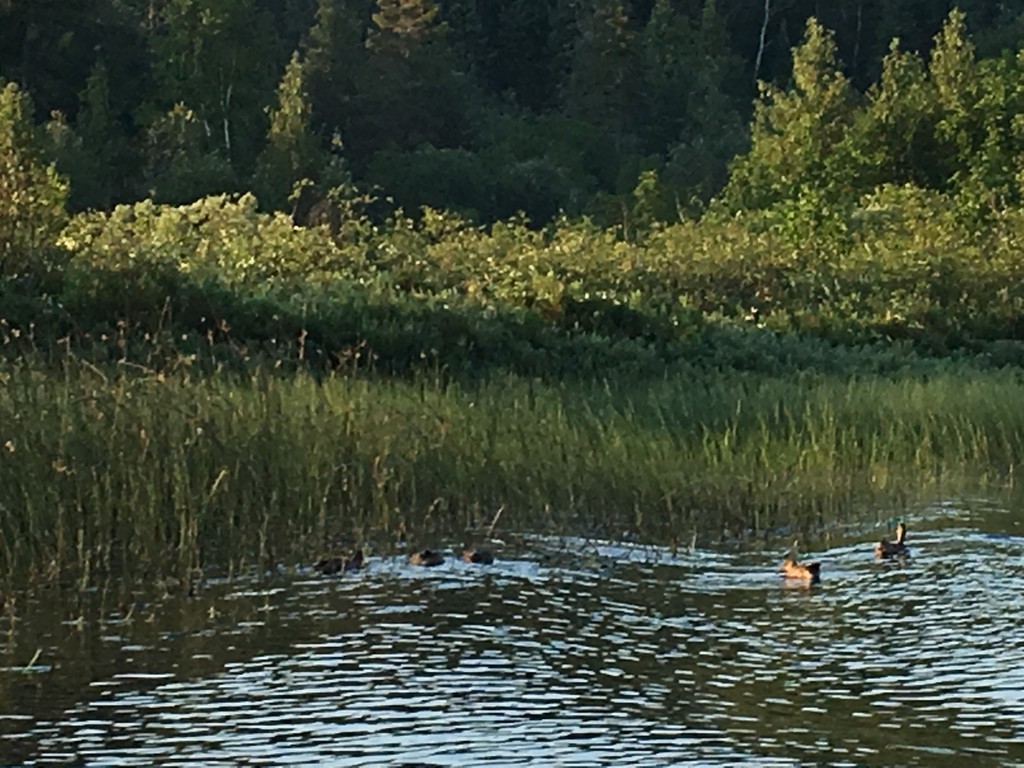 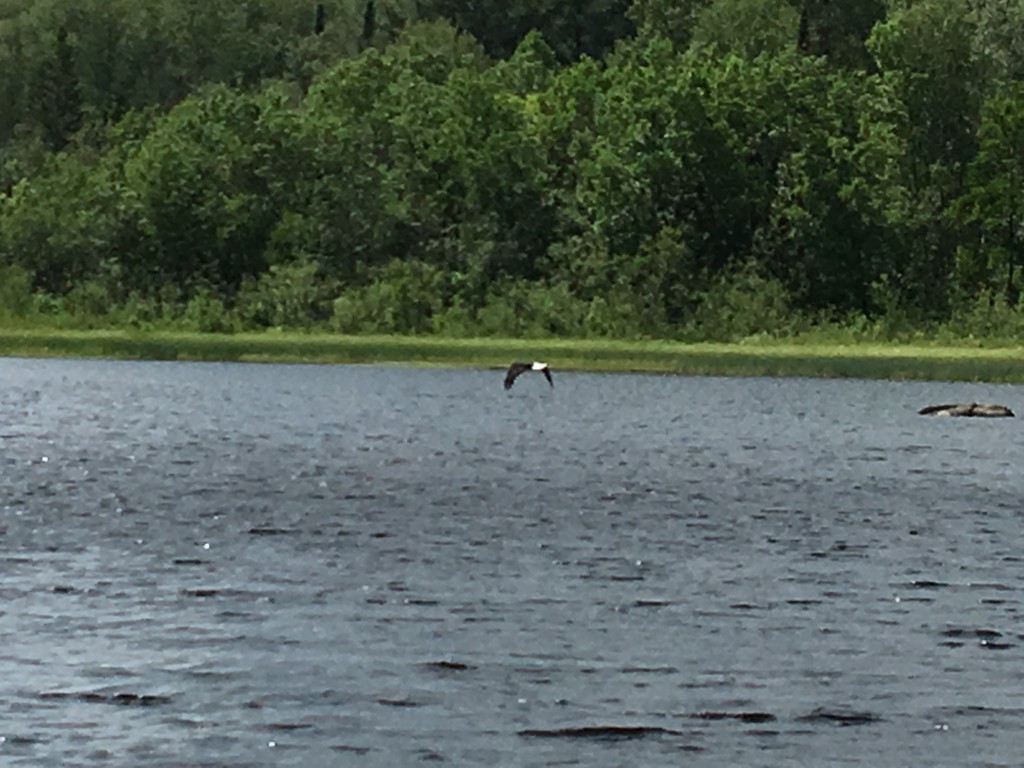 We fished near Stevensons creek and then in Henderson Lake and managed to pick up a few walleye before cruising the rest of the way to the 18. At the 18 mile rapids campsite, Eugene unpacked Alain's ashes and a partial bottle of Special Old (Boo's favourite nip) that he had left behind. 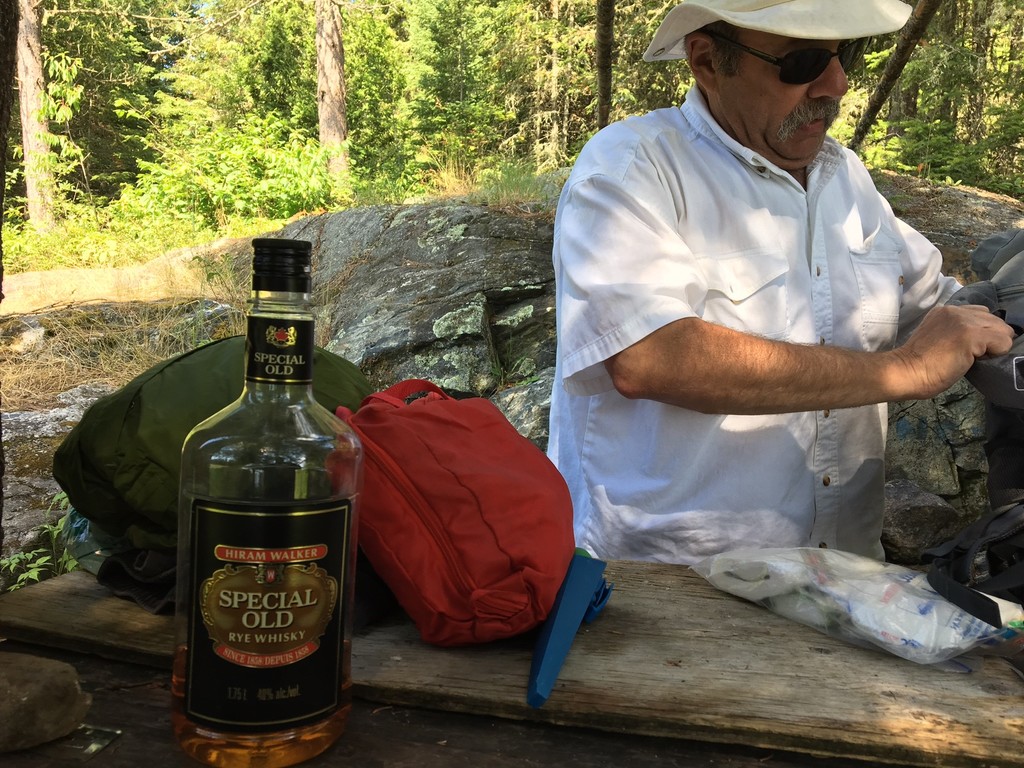 We then each partook of a swig of rye and scattered Boo's ashes and the remainder of the bottle down the rapids. It was a brief, but touching ceremony, and a poignant way to see Alain off. I think it brought additional closure for both Eugene and I. 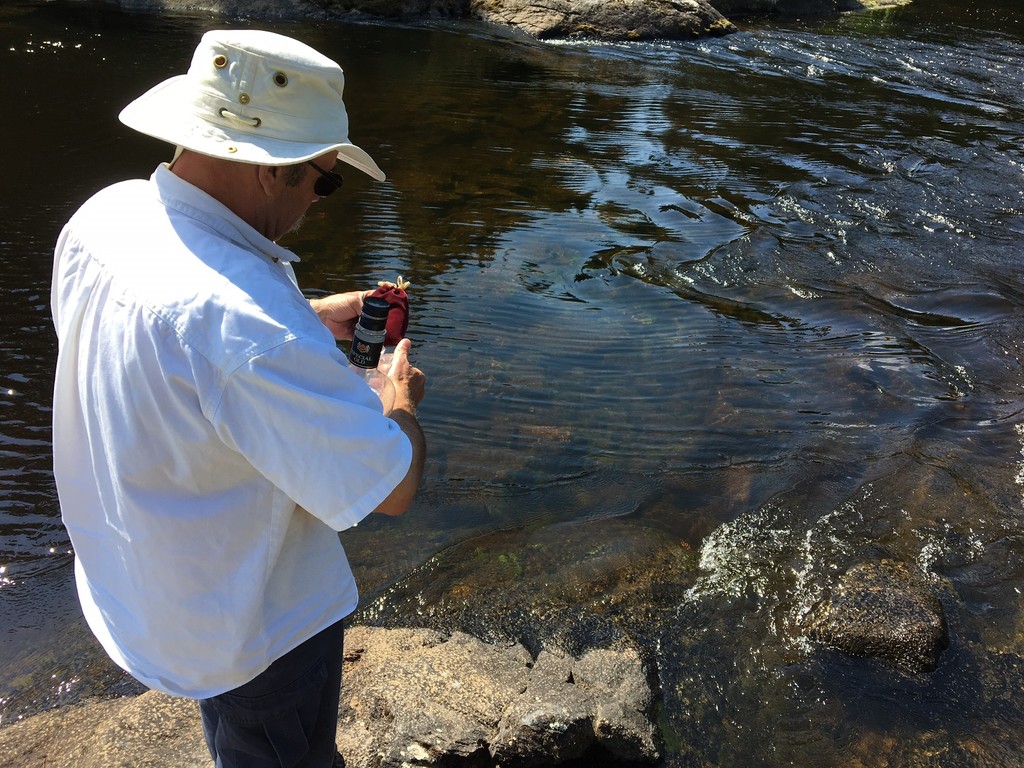 We pushed back up the river and stopped again in Henderson and managed to catch more fish on the way back... on the day we caught 11 and kept four so a reasonably good day. The trip home was punctuated by a moose sighting...a young cow gracefully crossed in front of our boat as we wound our way up from the Seven to Burnett's Narrows. 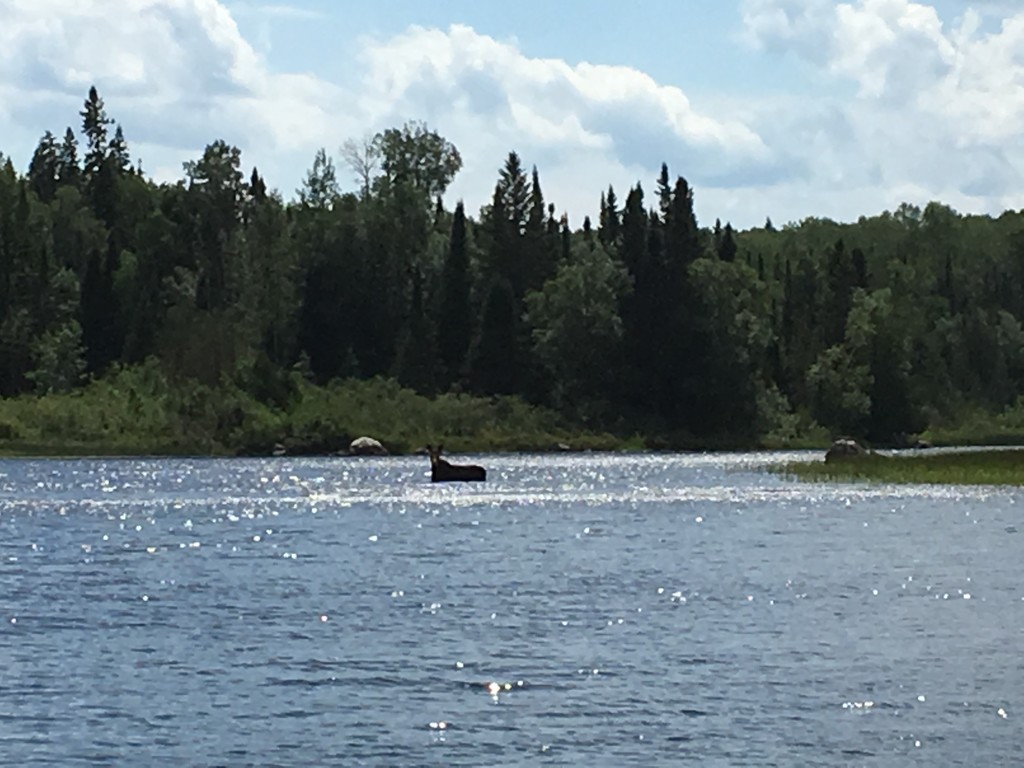 More importantly, with the river as the backdrop, we told some tall tales, regaled each other with memories of Alain and exchanged sarcastic barbs.  That was capped off by an amazing dinner at Eugene and Shirley's camp on Serviss Lake with a very tasty meal of escargot, steak and potatoes...along with a few bottles of wine of course! 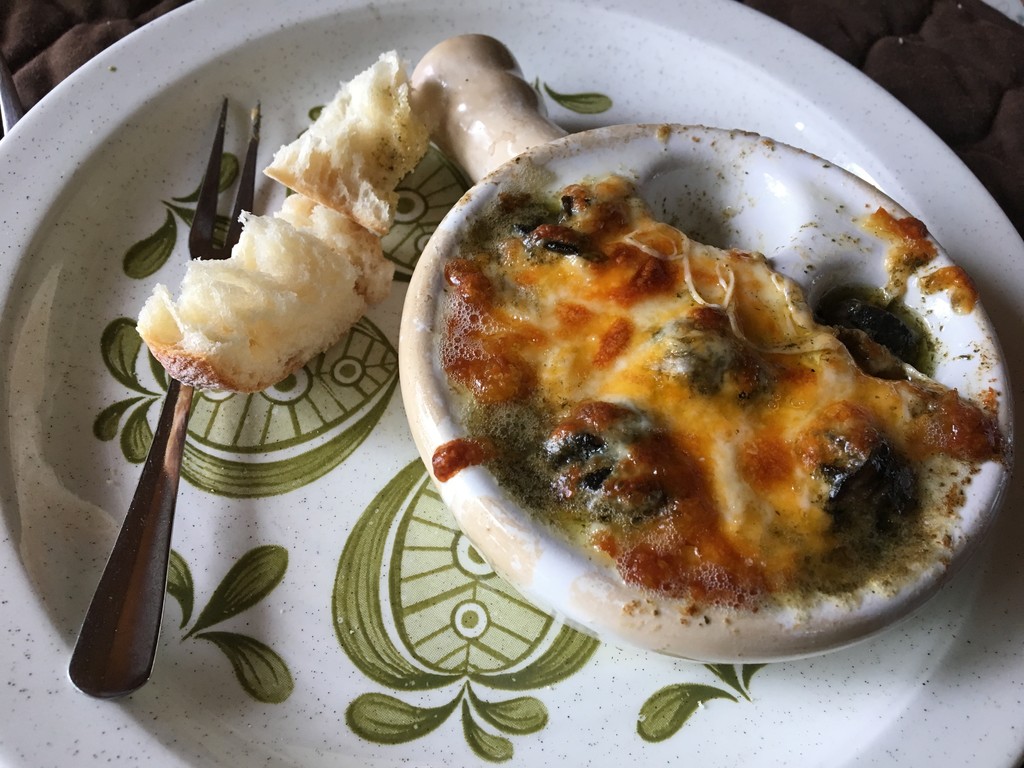 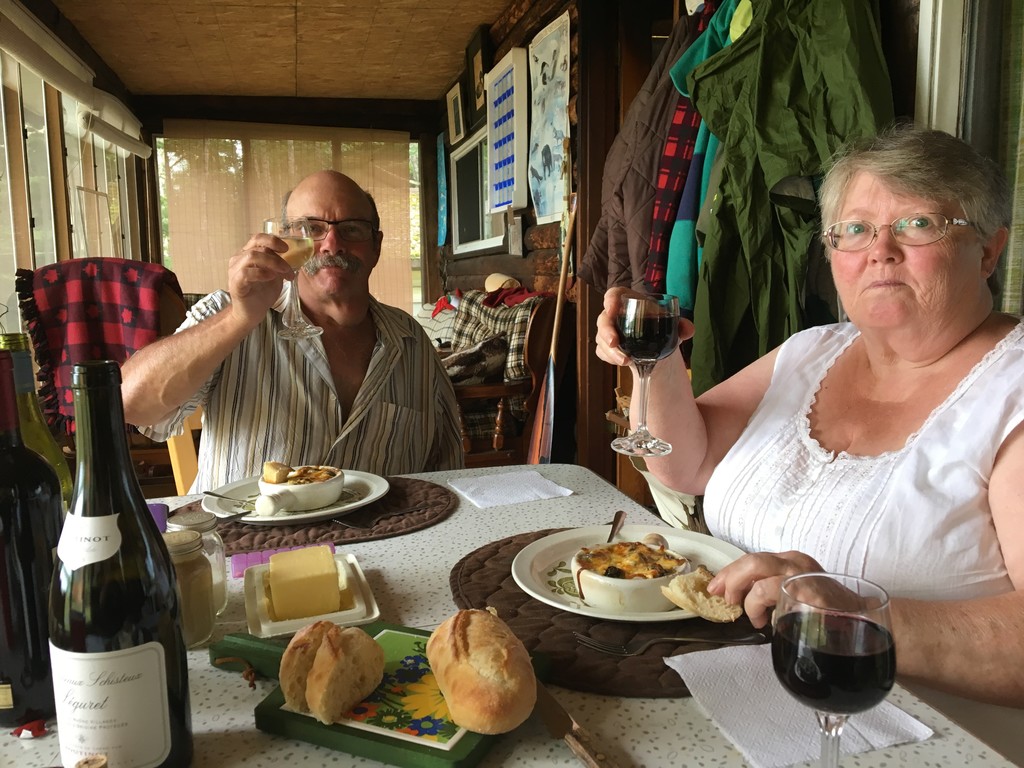 A great ending to a great day.

Thanks for taking the time to read!

Wow, Lorne, this is a beautiful post in many ways. Such a nice tribute touched off with the beauty of the river wilderness. Thanks for sharing this lovely tribute and visit with Eugene. Fantastic pictures as well. It makes me miss the North and the river.

Comment by Harvey Bates on August 30, 2017 at 6:25pm
A wonderfully unique tribute and such a fitting way for friends from the North to bid farewell to a friend. It's nice to see these traditions kept alive.