Admittedly, when it comes to music, I'm somewhat of a late starter. After dabbling in it as a young lad, I only really began spending time and energy on it since moving to Dubai. Since then I've been very fortunate to have played with and listened to some very talented musicians. Got to learn to play a little guitar...mind you not nearly well enough to play on stage...at least not yet. Managed to learn a bit about songwriting, production and singing. It's been a blast. 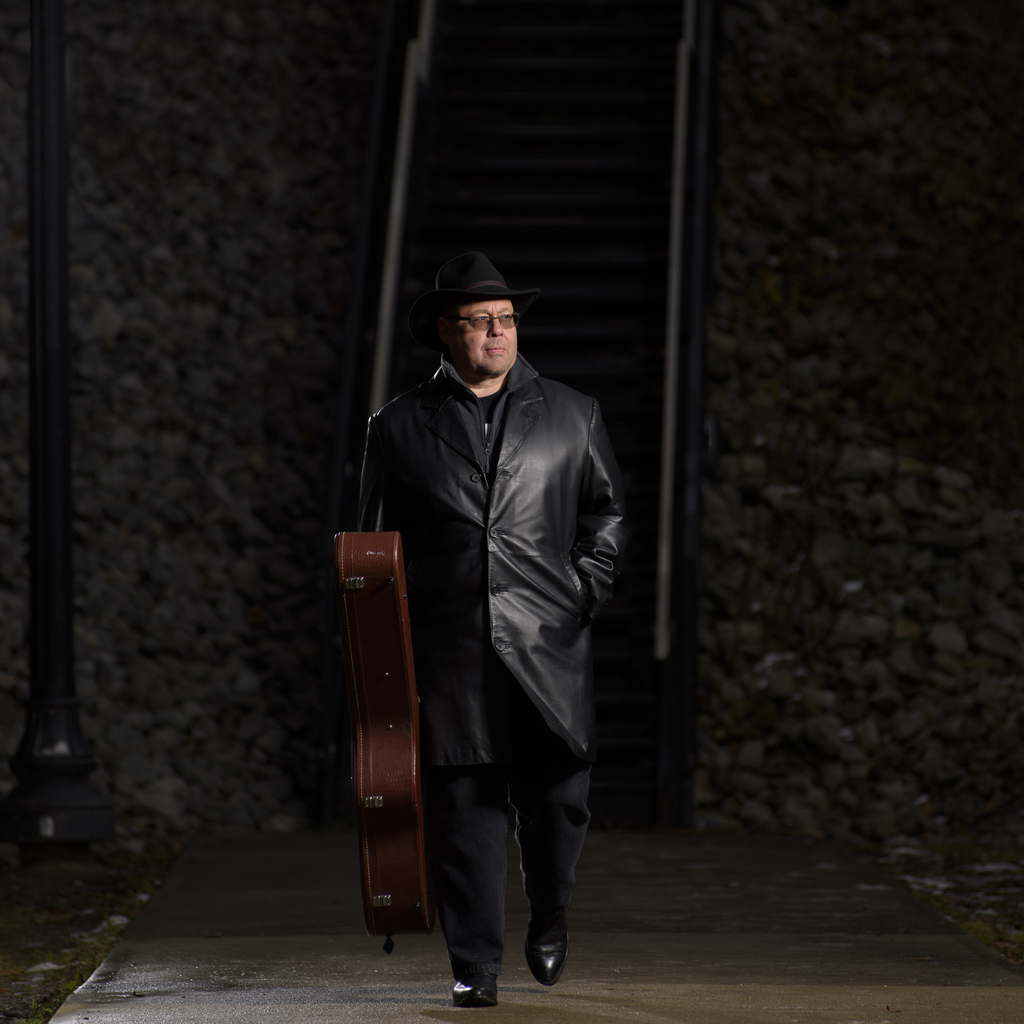 Lately though I've been thinking about kicking the tires on a country music project. Although often subjected to some good natured criticism, I really like country music. And while people poke fun at the lyrics (e.g my dog died and my truck broke down the day my wife left town), the songwriting is actually quite poignant. Beautiful even.

So about six months back I set out to release a country music single. As a first step I registered with BMI as a songwriter and signed a distribution deal with Tunecore...basically a company that aggregates and distributes music across multiple platforms.

I already had a song in my back pocket before I did all of this. It was originally a blue/rock tune my good friend and band mate Doug Bernie (Code Blue, Mileage 51) and I initially wrote in early 2017..."Touchdown Girl". 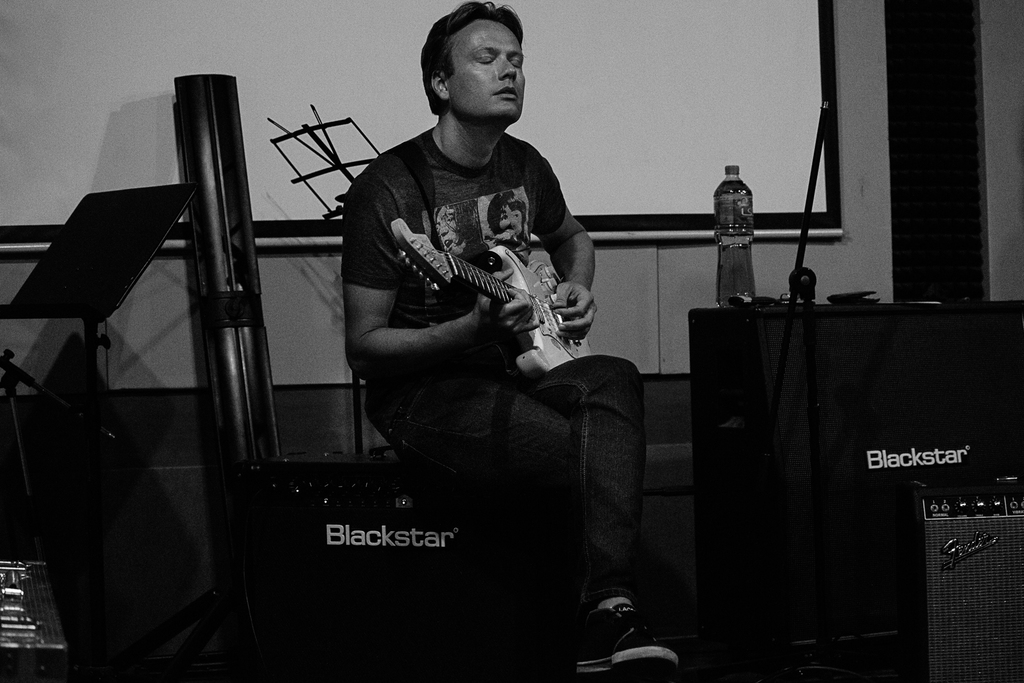 It never really worked in that genre, so I tweaked the melody and reworked the lyrics to make it more country. I tried to develop the song with a local producer but it wasn't turning out the way I wanted to. So I called on my friend Roy Bolwede -  Roy has produced every album I've ever done (Sterotypes "Penny Earned", Mileage 51 "Stone Unturned", Monks on the Moon "When Worlds Collide"). Roy said he would be happy to work on it. However, work was frantic and he couldn't get to it  right away.  I was anxious to keep momentum so I kept writing. Soon I had another concept developed ... "20 Years"... which is based on my hometown Chapleau, Ontario and is generally about the dramatic changes that have transpired in rural areas over the years. While I had a melody and lyrics, I needed to build it out a bit so called on yet another friend and bandmate Olly Ephgrave (pictured below) who plays in Code Blue as well. He brought some great ideas to the table and all of the sudden, song two was done. Two dinners and copious amounts of really good red wine later, song three "Feed the Fire" was written. And a fourth, a collaborative effort involving Doug and Olly "Ain't Over You" is in development. 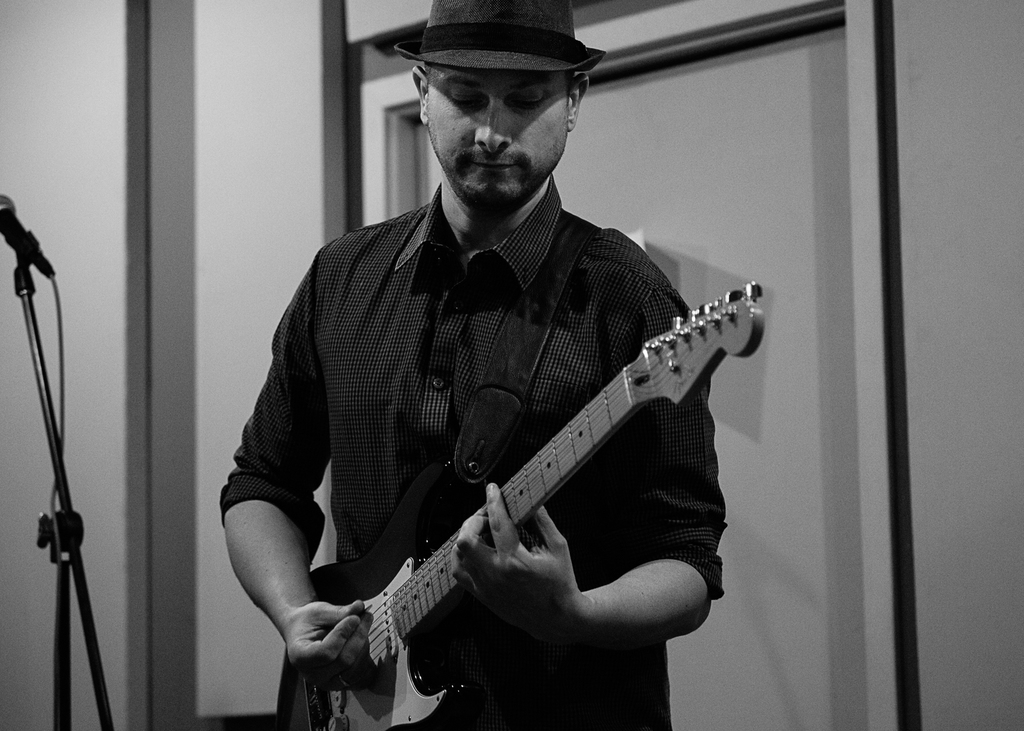 While visiting Toronto last fall, I managed rope my longtime pal Steve Polak (who is also a talented portrait photographer) into doing a shoot for the single. It was a blast and I was ecstatic with the results. Although it did feel a bit foreign projecting a more 'countrified' image! (photo at top of story)

In parallel I pulled in yet another friend (you can see a trend here...I tend to take advantage of my friends!) and talented designer Rennie Mitchell who is working on the cover art which features the pic Steve took. A preview glimpse below. (although not final) As part of my product development process I do test songs with a select group of people. Depending on the songs I involve a range of people. In this instance I reached out to people with country music expertise, people whose insights have been valuable before as well as fellow local musicians whose opinions I value. I am pleased to report the songs are testing well!

Last week Roy was in Dubai for the weekend and we recorded vocals for the first three tracks. Next he will work his magic on arrangement, we will finalise instrumentation and then do a final recording session before we mix and master the three singles. I will then promote and push them out one by one globally.

To close, I'm really excited about this project. It's a new genre but it seems to suit my songwriting and vocal style. That said, as always, the proof will be in the pudding. That is a few months away yet but I will be sure to share the results as soon as I can.

Until then, thanks as usual for reading!

Great post Lorne. Or should I say "Thanks fer puttin yer writín on the sign-post pardner".

Can't wait to hear the new tunes and country vibe from you.