Louie Di Florio, or Nonni, as his most of his family called him, would often tell me that he and a friend were out flying model airplanes or buying balsa wood or other hobby materials, but he would refer to his friends as his ‘boyfriends’. I never had the heart to tell him that this is not the way that guys refer to their friends. 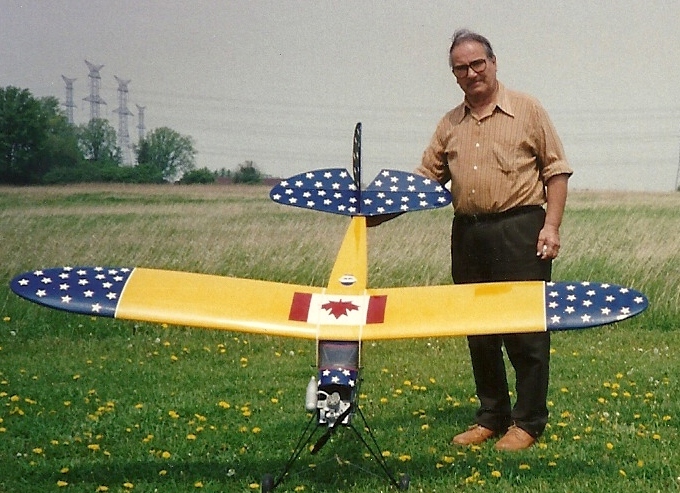 That was just the kind of guy Louie was, honest, straight-forward and unabashed. While I like to think of Louie as my friend, at roughly 40 years older than me, and the grandfather-in-law to my brother-in-law Lorne Riley, I guess he was more like my grand-uncle. Fortunately for us, Louie, Violet, his wife of 76 years, and their daughter Marilyn all live around the corner from us so we get to see them often. Not only that, Marilyn and her daughter Elena and her husband Lorne have hosted our whole family for Christmas dinner almost all of the last 17 years since Lorne and Elena began their ‘world tour’ so we have become very close with the all of the Di Florios.

Besides being just a fabulous human being, Louie was a great artist and craftsman; you may remember the story where Lorne and I arranged that Louie could attend a Bluejays' practice and game so that he could personally deliver a sketch he did for Ricky Romero. I think it was a great day for Louie and it was definitely a great day for Lorne and I to have made it happen. 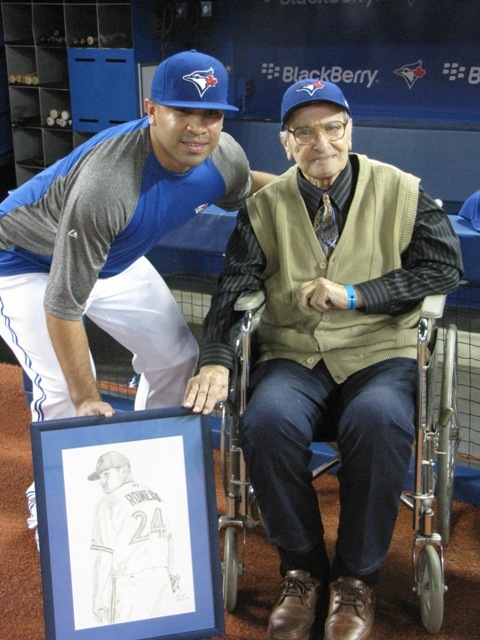 In terms of his craftsmanship, just take a look at some of the models  and toys that he produced from scratch out of balsa wood and other materials in his basement workshop.

The cars and sketches in the photos above were laid out on display in the summer of 2016 when Louie, Violet and their family and friends celebrated their 75th wedding anniversary which is an amazing milestone for a couple to hit for so many reasons. We were honored to have been invited and are pictured below with the happy couple except for Kaitlin who was on a business trip at the time. 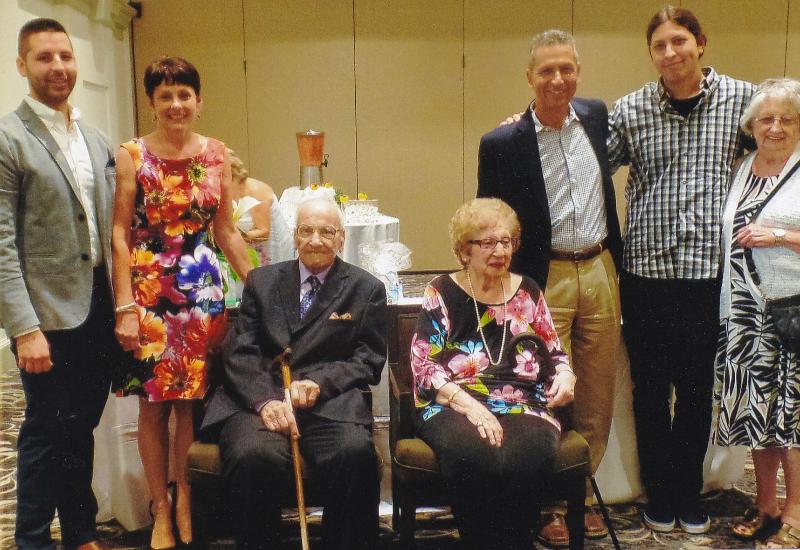 Not long after that, Louie was back on a sketching run doing some of his favorite stars and a sketch of Elvis for Marilyn. I was just finishing my music room in the basement and wanted to have a keepsake from Louie so I asked him if he would do Johnny Cash for me. Of course, he was only too happy to comply and I am EXTREMELY thrilled to have the pleasure of owning a Louie Di Florio original which is proudly displayed on my music room wall. 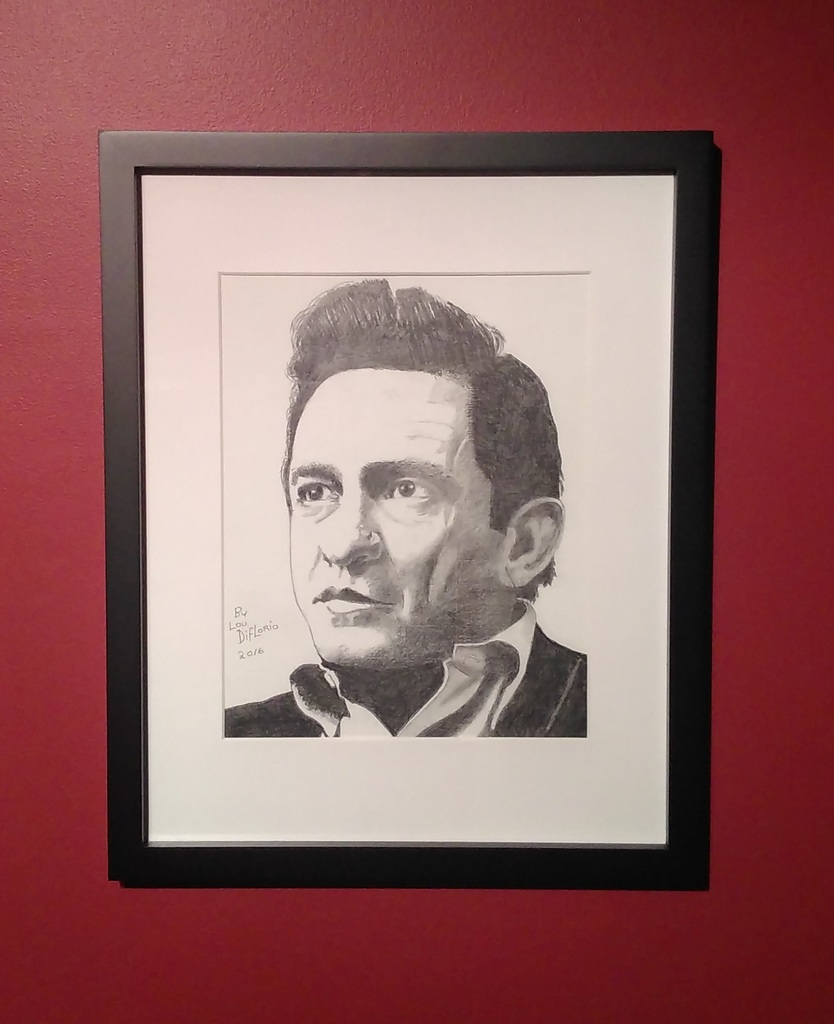 I was reminded recently by Louie's son Anthony that perhaps the more important trait than his creative skills was generosity. Of course he was very skilled to create such beautiful sketches, airplanes, car models and toys but more importantly, he wanted to create them for the people around him. There would be a Superman for Mario or a, Ninja motorcycle guy for Paolo, or a sketch for Sierra or Bianca. In his early days as a toy maker, Louie also designed a plush skunk that was produced in the hundreds of thousands. Louie was even called on by his employer Reliable Toys to hand paint a Eskimo doll for the then newly crowned Queen Elizabeth II, gifted to her by the Hudson's Bay Company. Anthony talked about all the people, literally around the world, that have hand crafted or had sketched originals by Louie Di Florio. That is his gift to the world and that kindness and generosity are perhaps the greatest qualities that we should remember about him.

Louie and I, and sometimes other members of Marilyn’s or my family, would go out for a breakfast at the Sunset Grill and sit and chat patiently while Louie took forever to finish his very large breakfast. A few weeks back, Louie said to me, "we should have a breakfast again soon but maybe we will have to do it here because I don’t get around too easily now". So on the last Saturday in October, I packed up some potatoes, eggs, some peameal bacon and bread and a frying pan, and headed over to Marilyn’s. It turned out just fine and Louie said to me, “If the guy from Sunset Grill could only see us now…”. 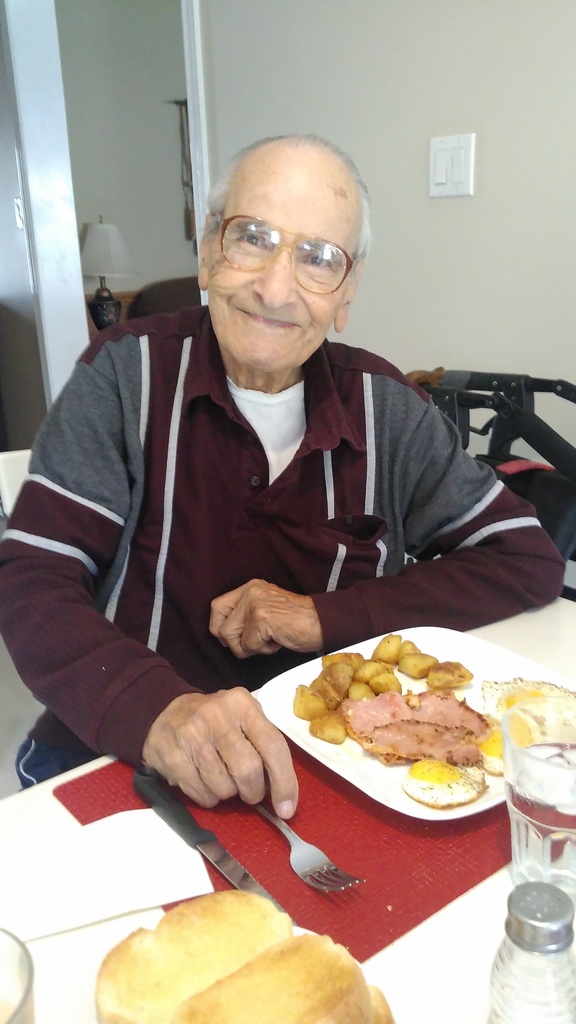 We all feel extremely blessed to have the whole Di Florio family in our lives and I, in particular, am honoured to have had the great fortune of having Louie in my life for the last 20 years.

Rest in peace my friend; I will miss our Saturday brunches immensely.

The Importance of Engineering Consulting Companies

The construction industry is growing exponentially in South Africa. Whether it’s a new development or roadworks, there’s always some form of construction happening. In order to ensure the construction project is a success and that all goals are completed on schedule, it is of utmost importance to have engineers around to provide expert advice, as well as recommendations for the project. While some companies may depend on their own inhouse experts, other’s may not have the budget or workload…