In 2006 The Minico Tennis Club (MTC) paid tribute to Rino with the following: 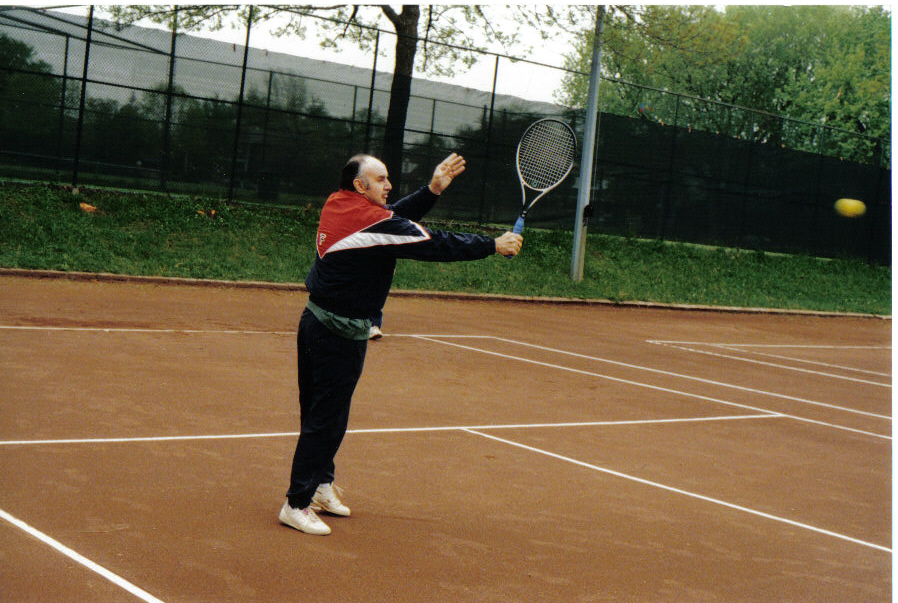 Rino Casagrande  holds the distinction of being a continuous and very active MTC member for almost 40 years. he has played on inter-county teams, participated in weekly round robins, club tournaments and can be seen on the courts almost every week-night. many of us have developed out tennis skills hitting with Rino as he patiently and endlessly hits thousand of balls with everyone. In addition to his game, Rino has also been actively involved in operating the club, serving as the executive as club president, an, in his younger days vounteering his time every spring to help get the courts ready for opening day. In 2006, the club paid tribute to Rino by establishing the Rino Casagrande Trophy to be awarded each year to the winner of the men's single club championship.

Great post Dean. I was unaware of this tribute by the MTC. I'm sorry that I never got a chance to play with him. I knew he was very involved and he did invite me to play but we never got around to it. It was definitely a passion for him and great that the club recognized him  in this way. Thanks for sharing this.

Great tribute Dean. Thanks for sharing. Sorry for you loss, Rino seems like a great person.