I was browsing through a photo album given to me by Eugene Bouillon last summer, a thoughtful gift featuring dozens of pictures of my long-time friend Alain Bouillon who passed away in a boating accident a couple of years back. As I browsed through them, I came across a number of photos that included another childhood pal, Anthony Dillon, who sadly lost his battle with leukemia in the fall of 2015. 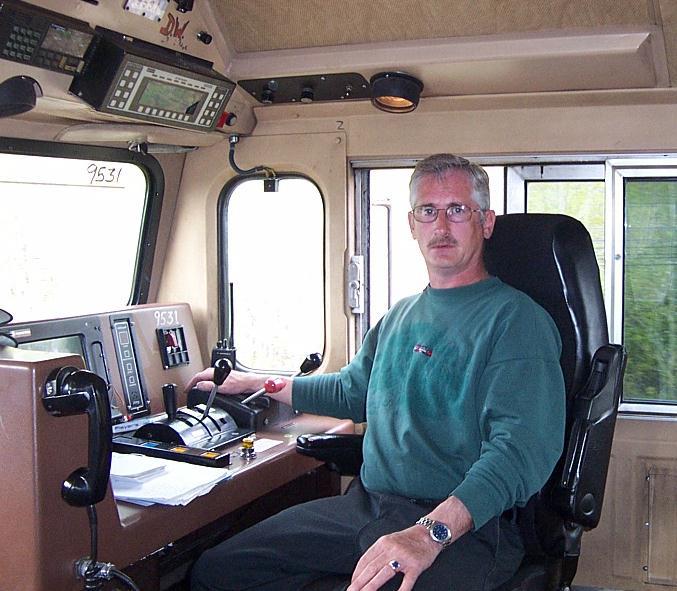 It occurred to me that I failed to capture and share my memories of Anthony following his death. And, as was the case with Boo, as a friend for many years I would like to address that situation, even if it is a bit late.

To do that I have to go quite a ways back…to 1967 to be exact which is when I believe our family moved from Cartier to Chapleau where my Dad continued his career with the CPR as a fireman (he was an hostler in Cartier working in the yard).  We lived at 53 Elgin Street, and as it turned out, the Dillon’s lived almost directly across the street at 48 Elgin. 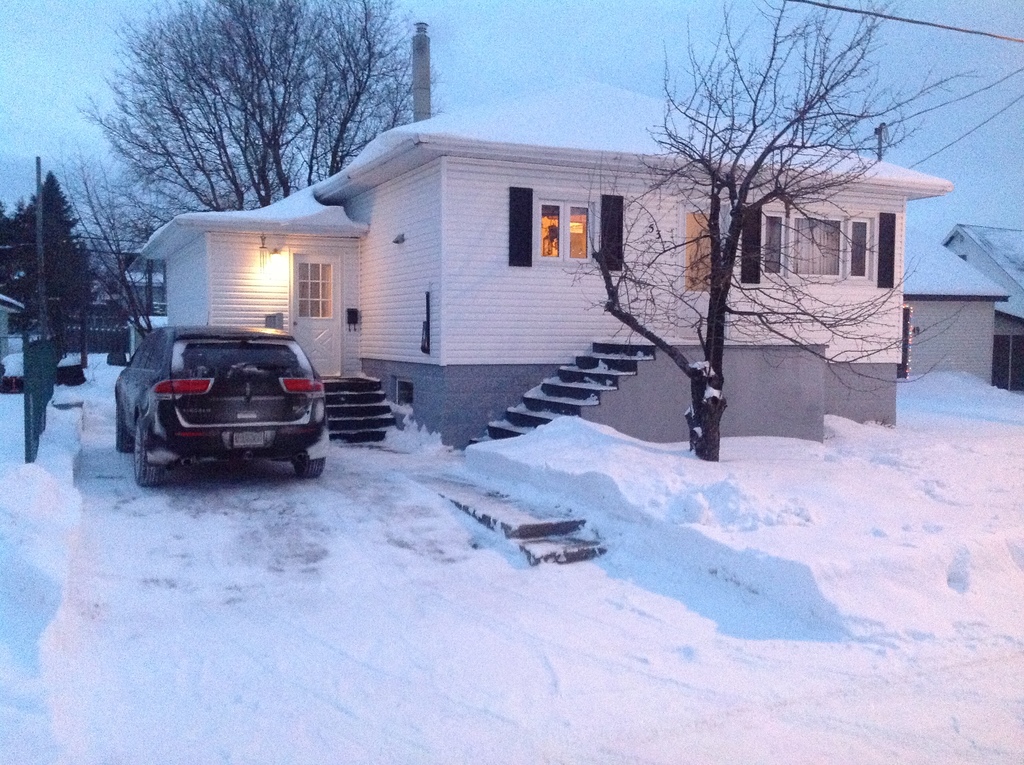 Pictured above the Riley home at 53 Elgin.

It didn’t take long for us to get acquainted and soon I was regularly hanging out with the Dillon boys…largely Anthony but also Joey and Frannie.

I won’t mince words here…when the Dillons and I got together we usually found a way to get into trouble. There are too many examples to cite, so I will focus on a few that still remain vivid in my ageing memory banks. At the corner of Elgin and Elm, there is a tidy white house with a separate garage…I think it was Percy Encil’s but not sure. In any case, the garage soon became an unauthorized clubhouse of sorts for Anthony and I. We would sneak in there to smoke Peter Jackson cigarettes and hang out, reveling in the freedom afforded by the dark and dusty loft inside the garage. We often lit candles so we could see what we were doing and one day one of them ignited a small blaze on a wooden table. We didn’t have water or anything with which to extinguish it…after emptying our bladders we realized the situation was getting out of control. So we buggered off with smoke billowing out of the small window at the top of the garage. The garage didn’t burn down thankfully and I’m not sure who put out the small blaze but we were never implicated. Here’s hoping the statute of limitations has expired…. 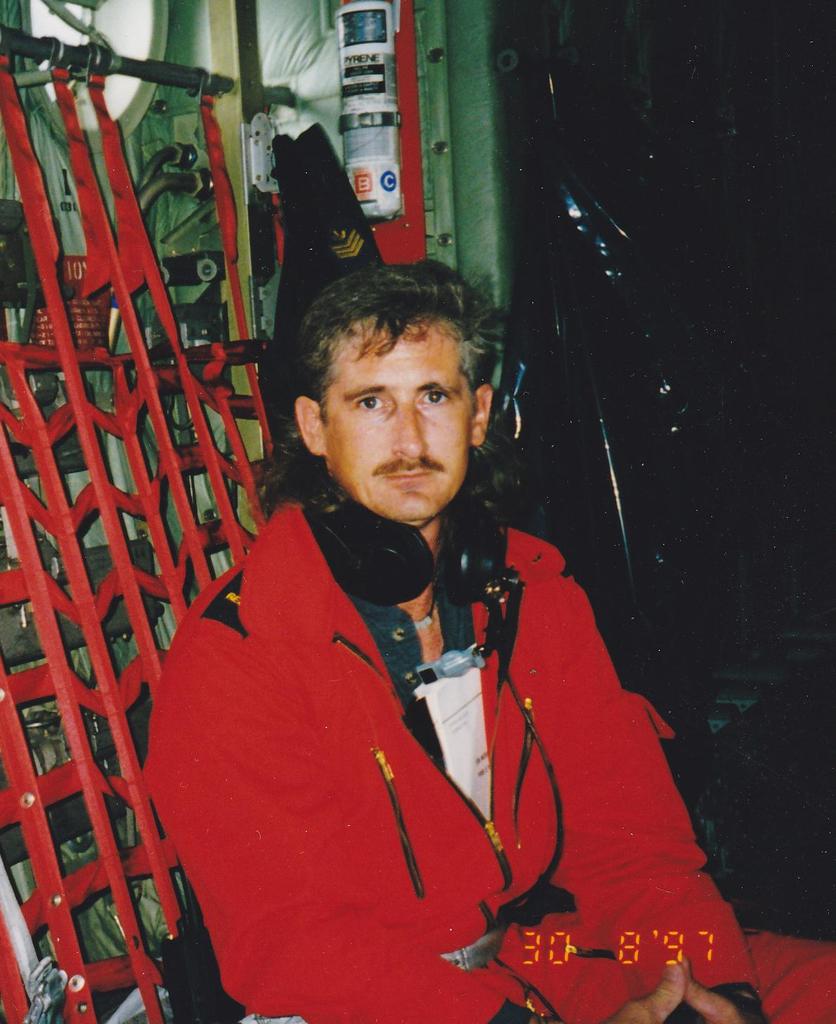 Anthony was a wiry lad. Tough as nails and deceptively strong. He taught me how to fight. I recall he, Kenny McAdam  and I sparring in the Dillon’s kitchen which was situated at the back of the house…it had a wood stove and on the long table there was always a teapot covered with a tea towel. The Dillons loved their tea! One time Kenny and Anthony were engaged in a lively brawl…Kenny, who was always a big, burly (and very friendly) fellow was winning the day raining down sharp blows. Until, out of nowhere, Anthony rose up with a right upper cut that sent Kenny reeling backwards landing on his ass, barely missing the stove. It was a David and Goliath moment I’ll never forget.  While on the topic, one time I got into a scrap on the Chapleau High School hill with Luc Riopel. I can’t recall the reason but it was agreed that during recess we would settle things. I was holding my own and then, again out of nowhere, Anthony came in and started beating the crap out of Luc. That’s one thing about Anthony you should know…he was fiercely loyal…always had my back. And I, likewise, was always somewhat protective of Anthony. He was admittedly a bit eccentric. Set in his ways and with strong opinions. But most people didn’t get to know him as I did. They didn’t see the man who would drop everything to come to your defense. The man, who years later, would bring fish and partridge to my mom or shovel her path without being asked or asking for anything.

At a very young age Anthony and I also spent time honing our shooting skills. Now for those of you reading this who aren’t from Northern Ontario, it was common at that time to learn how to use and respect guns at an early age. Almost everyone hunted…largely small game. And I remember shooting my first partridge when I was about 8 years old. But you weren’t allowed to touch a gun without a parent being with you. Guns were stored away. And we were taught not to mess around with them. Still, when we were in our early teens, Anthony and I used to steal away to Mud Lake (you could get there by taking the trail located behind the Community Bible Chapel on Maple St…it was about a mile back in the bush). He would wear his Dad’s CPR overalls (they were black and white pinstriped for those who may recall) and put a 306 or Lee Enfield 303 (my Dad had one of these army issued guns as well) down one side and limp our way to the bush. We would then fire off whatever rounds we managed to scrounge up.

In our High School years, Anthony would often join Boo and I on our fishing trips up to Carry Lake as well. Which is where the inspiration for this blog arose…I saw this pic of us offloading our gear from the Budd Car. We would cut wood, heat up the camp, go fishing and come back to have a good meal and a few too many beverages. We’d play crib and euchre under the bright light of a Coleman lantern and listen to the hockey game fade in and out on the radio sheltered from the 20 below weather outside. It was magical. 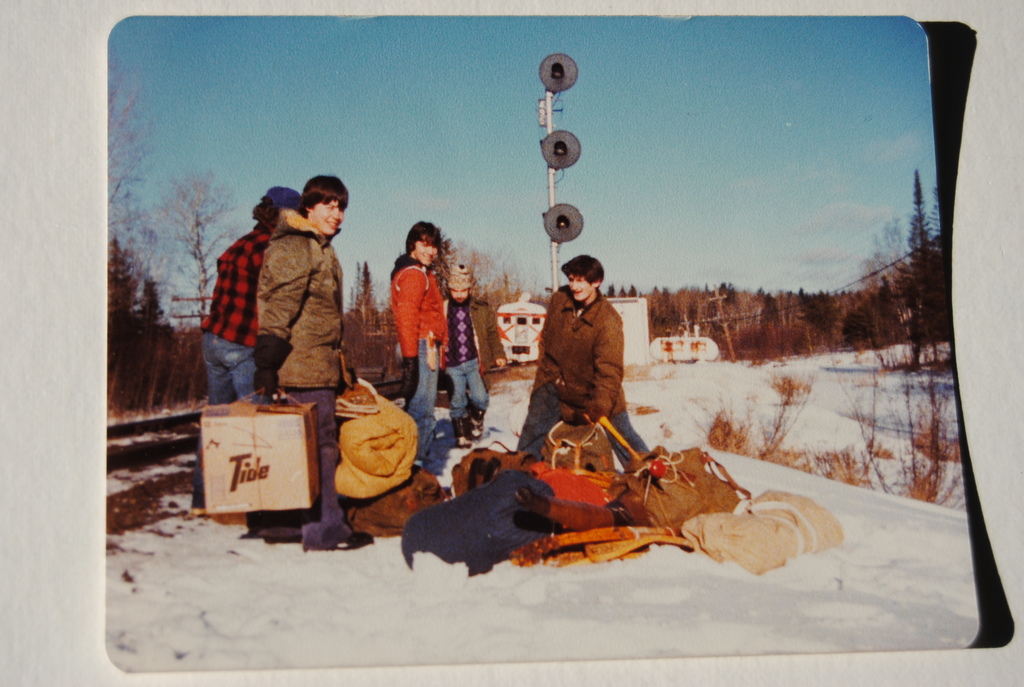 After I graduated and went to university and then started a career with Air Canada in Toronto, Anthony and I drifted apart. Anthony worked on the CPR as a brakeman and then running trains. I would come back periodically and see him rarely. That was until much later on. As I mentioned earlier, Anthony was very thoughtful and often helped out my mom. He had a trailer set up at Leblanc Lake and he liked to spend the summers there, driving into town to work as needed. 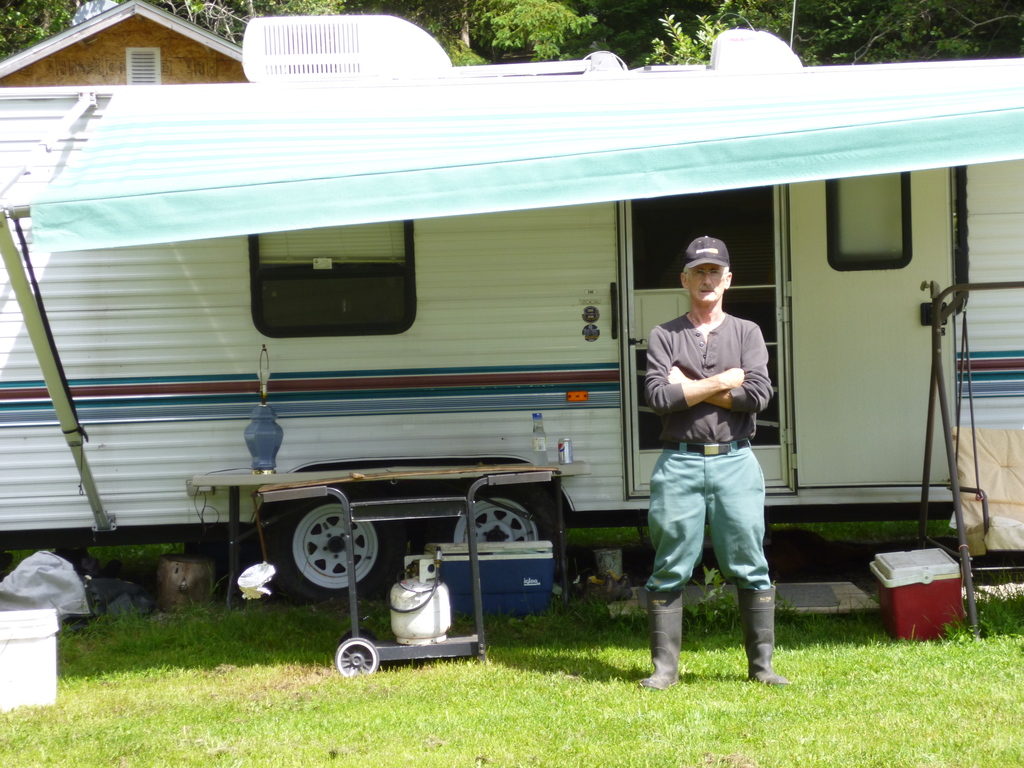 I made a point of going out to see him and he took me out fishing. We caught up and had a very nice time. I resolved to do so every summer and did for a few summers running. 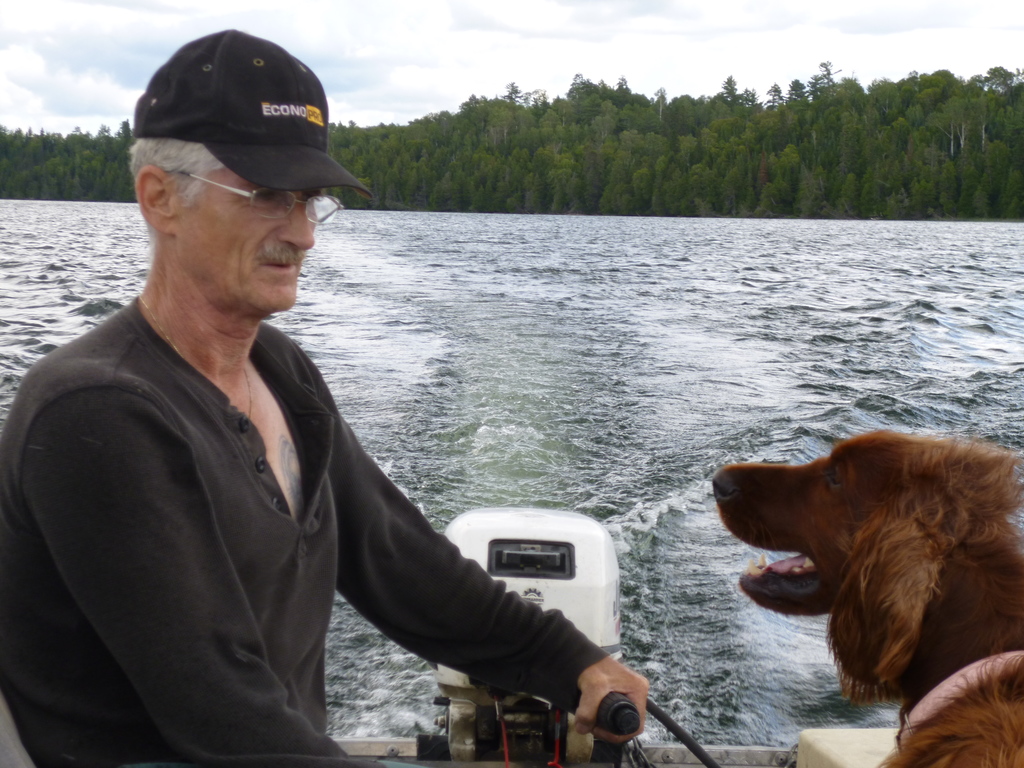 The last time, in 2015, my sister Erin and niece Brenna and I were up visiting my Mom for a few days.  I made a trip out to the trailer and he wasn’t there. The next day I was at Collins Hardware and Anthony pulled up on his ATV to the post office, directly across the street, to get his mail. He had lost a lot of weight. His hair was completely white. It was clear he was dying. It shook me up to be honest. He was in his early 50s. Cancer is a fucking terrible disease.  I knew he didn’t have long when I saw him. I told him if he needed anything to please let me know. He didn’t. And it was the last time I saw him.

Anthony was a good man. Like all of us, he had his foibles. I remember him fondly as a loyal, intense and thoughtful man.

Rest in peace my friend.

What a great Tribute to Anthony Lorne. As you say, we all have our issues but from my standpoint (mostly from my visits to your house), I only knew Anthony as a kind and respectful gentleman. Most very respectful to the Riley girls to be sure :-)