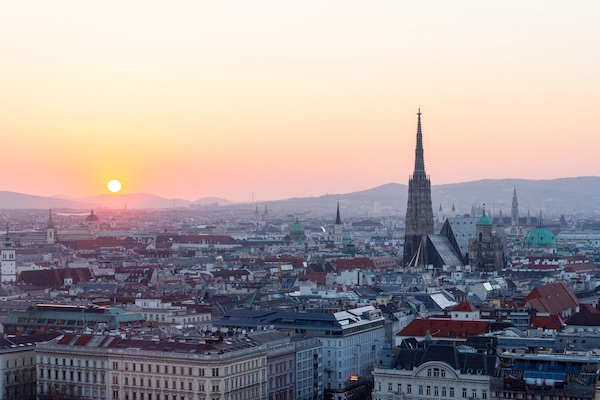 Vienna, which has been crowned the world's "Most Liveable City", is as accessible and pleasant as it is historic and charming. If you are wondering where to stay in Vienna, you may choose to stay near particular sights like Innere Stadt, Leopoldstadt or Neubau as getting to other areas will be easily accessible by walking or taking public transportation. Shopping in most European cities has been globalised to the extent that the cities have somehow lost their individuality. However, Austrian traditions as well as one-of-a-kind stores that adhere to these traditions remain intact in Vienna to date that you won’t run out of options while buying a souvenir.

Snow globes were originally invented in Austria in the nineteenth century. While attempting to build an exceptionally brilliant light source for use as a surgical lamp, Erwin Perzy, a surgical tool manufacturer, produced the snow globe quite unintentionally. Being one of the most popular souvenirs, these snow globes usually represent a snowy landscape in Vienna or a famous icon in Vienna, such as St. Stephen's Cathedral or the Great Ferris Wheel.

The Schnapps made with fruits, Jägermeister, and then distilled from herbs can be bought for less than 20€, and a decent bottle of this Austrian brandy can be found at any store in Vienna. These delectable Viennese souvenirs are generally prepared with apricots and fruits and you can buy from any local vendor at a farmers market.

Viennese souvenirs are ideal for anybody who is fond of desserts. This pistachio marzipan and dark chocolate nougat was titled after the renowned Wolfgang Amadeus Mozart and was initially dubbed "Mozart-bonbon" by Salzburg confectioner Paul Fürst. Although Mozartkugel brands are widely available at various local supermarkets, the truly unique ones can only be found in Salzburg.

When it comes to chocolate, there are hundreds of tiny chocolatiers around Austria, but Zotter is arguably the most well-known. Zotter chocolate is originally made in Styria, but the easiest way to get your hands on any is to buy Zotter chocolate in Vienna. If you're wondering how cheese coated chocolate tastes like, this is the best way to surprise your taste buds.

Bratwurst with mustard may typically come to mind when you think of sausages, but that is a one-of-a-kind experience. A dry sausage, which can be eaten cold, is one of the most renowned sausages in Austria. These sausages have been cold smoked, and if limitations permit, you may purchase and transport them to your state of residence. While they're accessible in butcher shops and farmer's markets, you can find them in the supermarkets as well.

Schnapsen is Austria's national card game, and it is frequently played across the country. It is similar to the game Sixty-Six, consisting of a deck of 20 cards. Although the game may be played with French cards, it has a distinctive feel when played using German cards.

Vienna is a refined and gracious metropolis renowned for its classical antiquity and elegance. As a result, Vienna does not simply offer chocolates or wine but has plenty of unique souvenirs to choose from.